Skip to content Skip to main navigation Skip to footer

City of Union ordinances are regulations passed by the City Council, as opposed to a law made by a state or national government.   It is intended to address issues of concern, and typically applies to people and property in the City of Union.  When a new City ordinance is enacted, it becomes part of Union’s municipal code.

Zoning regulations are among the most common types of City ordinances. This code controls the layout and development of Union.  It regulates and sets rules about whether a piece of land can be used for commercial, residential, recreational or industrial purposes.

Visit the link on the right to view a complete list of municipal codes adopted by the City of Union, OR. 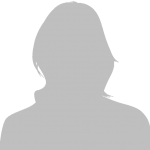 The City of Union Weather Forecast